Holocaust survivor David Schaffer spoke at the Congregation Beth Israel in Vancouver on August 6, 2022. It was the Jewish day of remembrance, Tisha B’Av, and included a light dinner and songs before fasting.

Tisha B’Av is an annual day of mourning and fasting in Judasim. The holiday commemorates a number of tragedies in Jewish history, “…primarily the destruction of both Solomon’s Temple by the Neo-Babylonian Empire and the Second Temple by the Roman Empire in Jerusalem”.

Thank you to the Congregation Beth Israel for hosting David to share his story on this day. 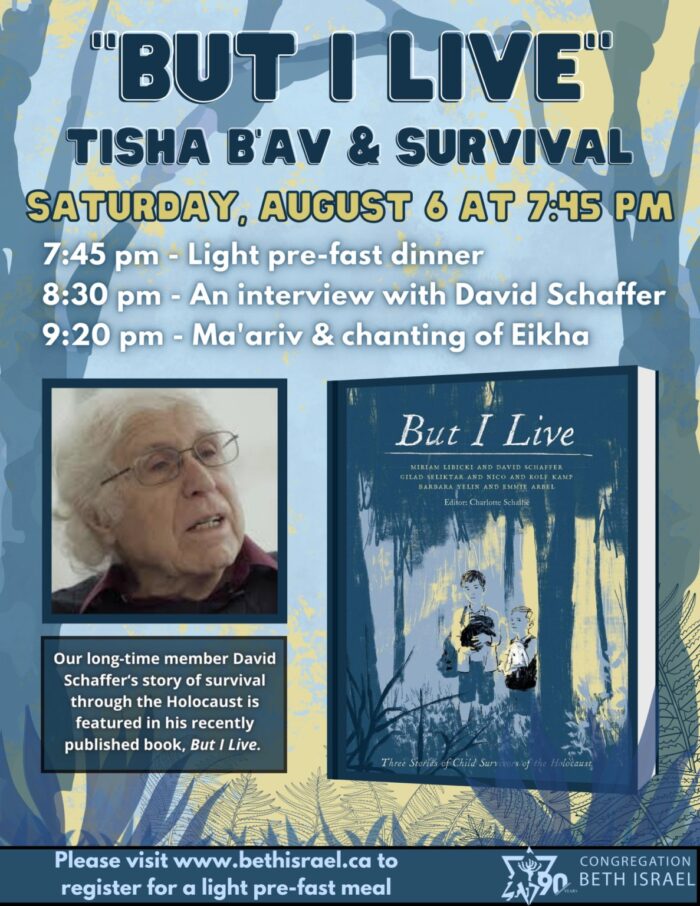